Meet the future of blockchain at the UDC 2022

Meet the future of blockchain at the UDC 2022

Boasting its status as the largest blockchain conference in Korea, the Upbit Developer Conference (UDC) is a global blockchain conference hosted by Dunamu Inc. designed to further facilitate and expand the blockchain ecosystem. Since its first conference held in 2018, the UDC has transformed from a developer-centered meeting into one of the most awaited international conferences for developers, industry professionals and experts, students and enthusiasts interested in blockchain technology.

Unlike other blockchain events, the UDC is a non-profit event with genuine purposes and has been sharing knowledge, hosting discussions, and offering a variety of programs, including exhibitions, hackathons, and free lectures.

The UDC, becoming a place of significance for sharing greater ideas with blockchain stakeholders worldwide and contributing to the advancement of the blockchain industry and technology.

Meet the blockchain world of tomorrow at the UDC.

2021"Welcome to the Blockchain World"

A platform to facilitate the growth of blockchain 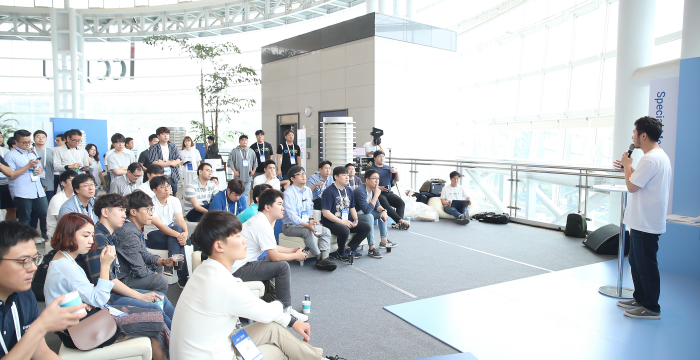 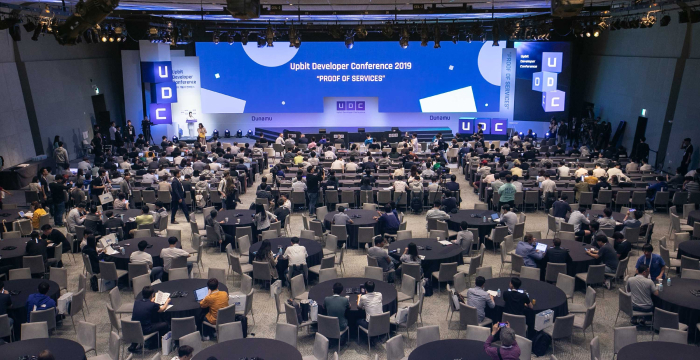 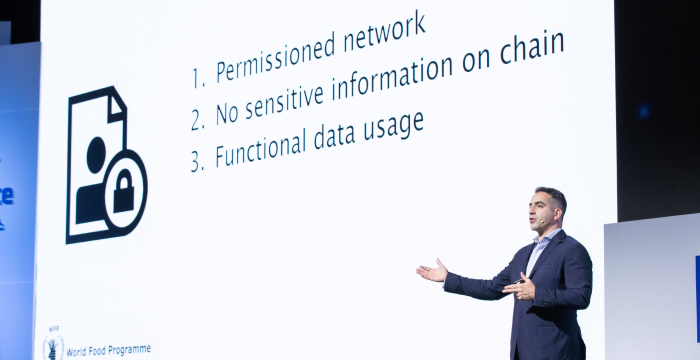 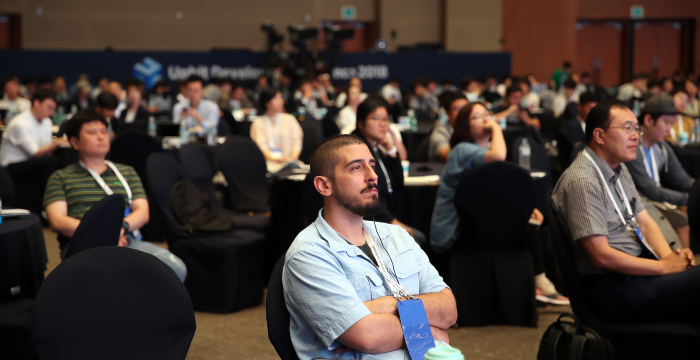 A place to have fun 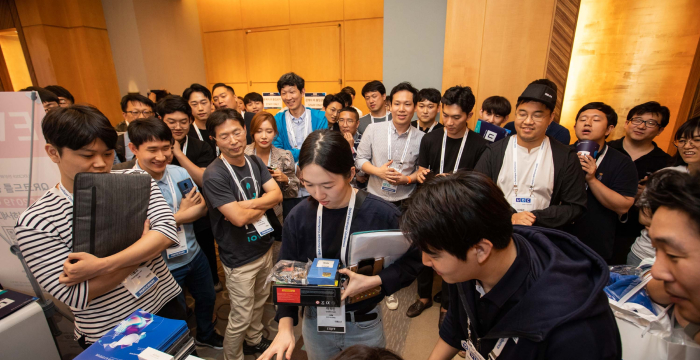 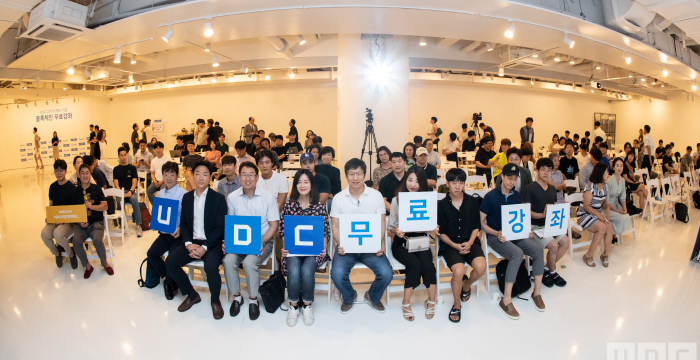 The UDC logo symbolizes a platform which connects ideas and drives innovation and development of the blockchain ecosystem.
The UDC weave different stories and connect the dots from around the rapidly changing world into the blockchain platform, converging and reproducing them to create an ever-evolving ecosystem for innovation.

* The UDC logo must be used in the exact proportions and layout according to its design specifications. The logo cannot be altered or modified in any way.
* Please contact the UDC Secretariat for the use of the logo.

As the first digital asset exchange operator in Korea, Dunamu offers the top-of-the-line digital asset, stock and asset management services. Armed with expert staff, innovative services and outstanding technologies, Dunamu has been catapulted into the center of attention in the markets at home and abroad.

The fintech giant is taking the lead in building the blockchain ecosystem by announcing its plan to invest over 100 billion Korean won in the blockchain industry and establishing Lambda 256, a subsidiary operating a blockchain platform.